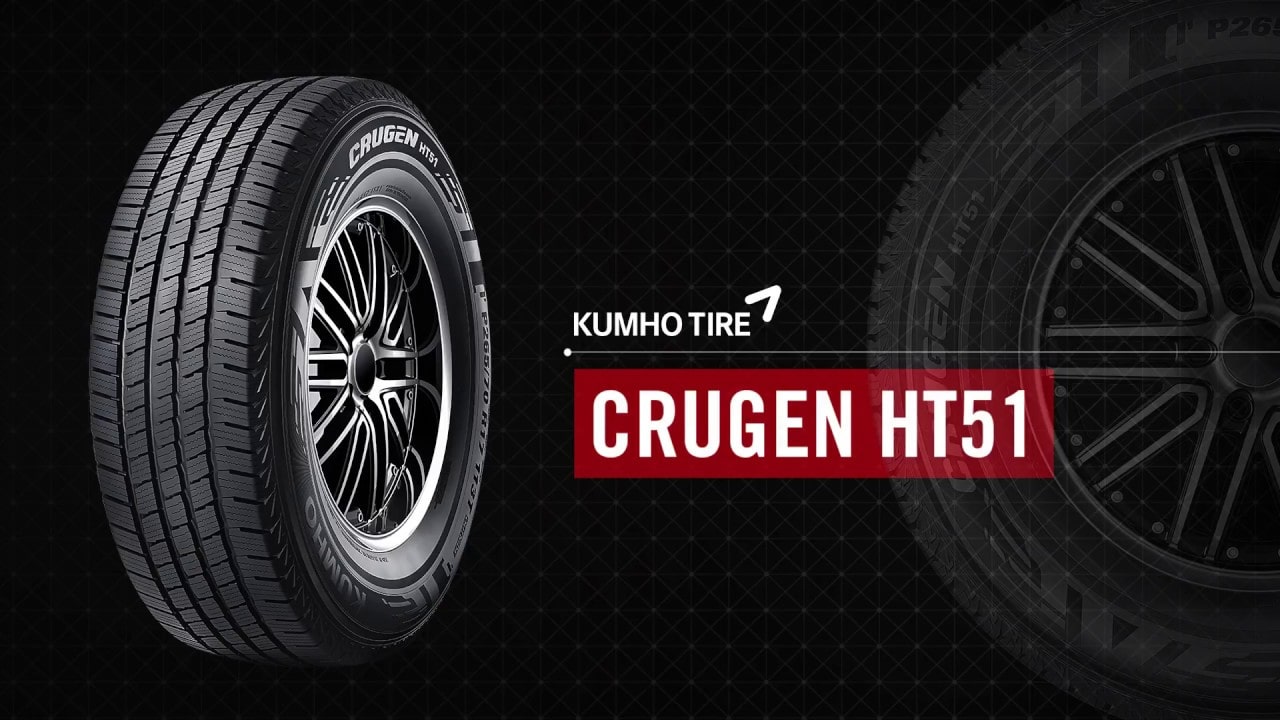 The Kumho Crugen HT51 was released in March 2016 as a replacement for their popular Road Venture KL51. The tire features an all new tread design and is an all-season tire designed for light trucks, SUV’s, crossovers and vans.

There are many things we liked about the Kumho Crugen HT51. It’s a tire that ticks all the right boxes and like any good upgrade, improves on many aspects from the previous model.

The performance on the highway is a stand-out feature of this tire. Many people buy SUVs these days not for their off-roading capabilities, but because they enjoy this specific type of vehicle for the space, high ride height and versatility. The ride is exceptionally smooth and comfortable with hardly any road noise and one can expect a great deal of stability at high speed.

The only place where the tire may struggle on the road is cornering at high speed but this isn’t a major detractor. The Crugen HT51 It is one of the quietest SUV/Truck tires around which makes it a pleasure for daily road and highway commuting.

The tire has good light snow performance with adequate traction; however, one may find themselves struggling when the snow starts to get deeper or you run into hard packed ice. In addition, the tire has good tread life – this is due to the strong internal structure with two ply-polyester and two wide steel belts on top of the casing reinforced by spirally-wrapped nylon cords

This is a tire that offers great overall performance at an attractive price and finds itself competing with some of the top choices in its class.

To help you decide we have covered many tire types so simply check out our Kumho Ecsta PA31 Review as well as the Kumho Solus TA11 Review.

The tire is designed for light trucks, SUV’s, crossovers and vans. Below is a list of some of the popular vehicle choices for the Kumho Crugen HT51:

The Kumho Crugen HT51 starts at approximately $89 for the base model. Occasionally you may also find discount offers, coupons and special prices on the tire which is retailer dependent.

Kumho provides a 6-year or 55,000 mile tread warranty on P-Metric and Euro metric sizes and 45,000 miles on LT models of the Crugen HT51. The uniformity of the tire is guaranteed for the first year or first 2/32 inch of tread wear.There is a 6 year materials and workmanship warranty which includes free replacement for the first 2/32 inch of wear. There is also a prorated amount given for the remaining time period or when the tires wear down to the final 2/32 inch of the tread depth.

Mark says: “A mate of mine told me about these tires. He is an absolute car nut, so I gave the tires a chance and I’m glad I did. The tires are great in the rain and snow and have good traction year round. The ride is smooth and quiet and overall, these tires are far better than the tires I had previously which I spent quite a bit more money on. I will definitely buy these tires again..”

Don says: In May I put these tires on my ’99 Silverado. They have handled great and the ride has been enjoyable! I have found the tires to have pretty good traction while being smooth and quiet. I have had a couple close calls where people have pulled out in front of me at the lastminute and I have had to brake and swerve. These tires lost no traction and I managed to avoid any accidents. I will purchase these tires again and I highly recommend them!”