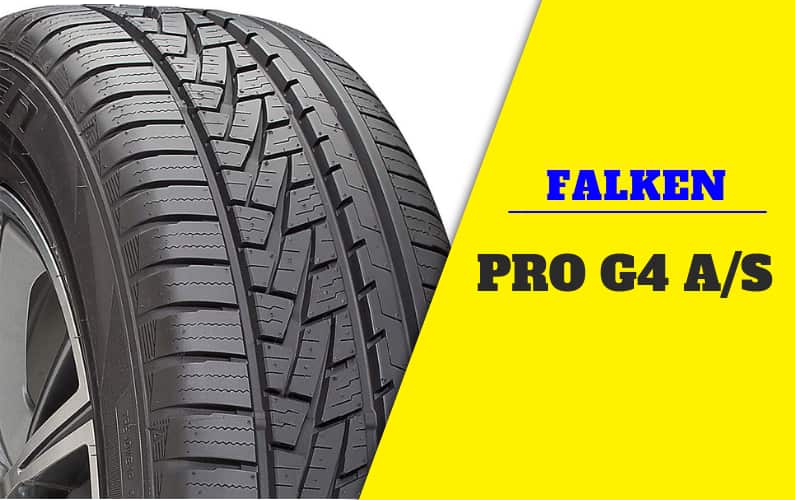 This is Falken’s latest addition to their tire line-up and is a high-performance model designed for coupes and sedans. The Falken Pro G4 A_S focuses on providing motorists with a great combination of handling and traction while ensuring this performance lasts the distance with improved tread life.

This tire may not be the most well known, but this should perturb you in the slightest. The tire has some meaty performance and is one of the better Falken products.

Falken’s Dynamic Range Technology increases its traction on dry and wet roads and alongside the 3-D siping around the shoulders which improves responsiveness, particularly in dry conditions. The ride comfort is good overall and in general, this tire ticks many boxes.

Although the ride is enjoyable there is an element of road noise that can creep into the equation. The Pro G4 A_S is quite a bit more audible than some of the top performing tires in its class. Although the handling, traction and responsiveness of the tires is good, if you are a driver who enjoys a more spirited driving style, you may want to consider other options.

Overall, this is a great tire that fulfills the average drivers’ daily needs while providing good performance. It is well worth a consideration when you next look to replace your tires.

Vehicles that can use Pro G4 A_S

The tire is designed for coupes and sedans. Below is a list of some of the popular vehicle choices for the Falken Pro G4 A_S:

The Falken Pro G4 A_S is available in several different sizes and specs:

The Falken Pro G4 AS starts at approximately $78 for a base model which is an incredibly reasonable price for decent performance. Occasionally you may also find discount offers, coupons and special prices on the tire which is retailer dependent.

For more info and Falken Tires Reviews, or if you want to read our Falken Ziex ZE950 Review an also the Falken Wildpeak AT3W Review.

No matter how good and durable your tires are, every driver should have some basic skills for a tire repairing. So, feel free to check out our guide How to Repair a Car Tire?

Joe says: “I have done 44,000 miles on my Pro G4s. I can happily report the tires still have a good tread life. They have handled well throughout and have been durable. One tire was repaired as a result of a screw going through and it’s working fine. I have nothing but good things to say about these tires and won’t hesitate in purchasing them again.”

Pete says: “I put a set on my 2015 Edge and they are every bit as good in all categories as the Michelin Latitudes I replaced. The handling has been great with a good ride and the noise is roughly the same as the Michelin’s. These are the only tires I will buy from now on and you would be doing yourself a big favour if you tried them!”