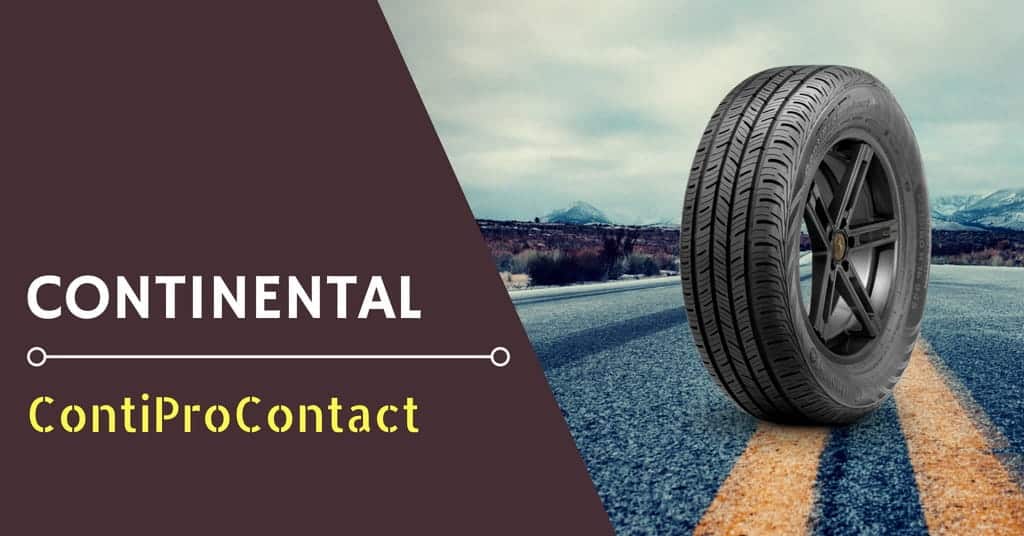 The Continental ContiProContact is an all season grand touring tire designed for drivers of domestic and foreign sedans and coupes. These tires are built for performance and comfort in all weather conditions and do not disappoint when it comes to overall quality. Check out different types od Continental tires in Continental Control Contact Touring A/S Review as well as Continental ExtremeContact DWS06 Review.

The ContiProContact tires are constructed from an all season tread compound with a notched center rib tread design. These features enable the tires to maintain direct contact with the road and consistently give vehicles a direct steering feel. They are also infused with wider circumferential grooves which allow for extra hydroplaning resistance over wet roads.

Continental has integrated PROactive edge technology into the ContiProContacts and provides numerous arched edges on the shoulders of the tires. This advanced technological feature promotes excellent excellent all weather traction while keeping road noise to a bare minimum.

Inside the tires are two steel belts that are reinforced with spirally wrapped nylon which enhance the strength and stability at higher speeds. The ContiProContact tires offer excellent performance in particular areas while unfortunately underperforming in other areas. Drivers will experience top quality traction and handling on dry surfaces while the tires also provide a smooth and quiet ride.

However, in winter conditions the tires performance is deemed as below par and drivers may experience poor tread wear and the expected mileage from the tires is not reached. All in all, these tires are a great choice for drivers seeking dry road performance and comfort, accommodating for a smooth, quiet ride. Read our reviews to check other tire performance such as Continental PureContact Review and also Continental TerrainContact A/T Review.

Vehicles That Can Use ContiProContact tires

The Continental ContiProContact tires are designed for foreign and domestic vehicles such as sedans and coupes. It sports an all season touring design built to enhance performance and comfort.

The prices on the Continental ContiProContact tires range from approximately $76 and up. You may also find occasional rebates, discounts, coupons and special offers on this tire.

In the end, consider viewing our Continental TrueContact Tour Review.

Bill says: “Just replaced a set of top name competitor radials that ran very soft and didn’t make half the stated mileage. The car is my wife’s and she said the ride on these Continentals is very smooth and quiet. We get lots of rain in NC and these tires offer exceptional grip. All-in-all an excellent choice.”

Simon says: “The ContiPros were OEM on my Honda Odyssey minivan. The front tires are due for replacement and have given me 45k miles without periodic rotating. The rear tires look like I’ll get 55k plus before they’ll need replacing. I’ve been very pleased with this tire and will look to replace them with the same model. I’ve found this tire cheaper elsewhere online.”